In my point of view, we need to reflect a more human face of research through emphasizing the need of self-reflectiveness and personal accountability in combination with empirical search for measurable evidence for policy- and/or decision-makers. I advocate the complementarity of moral and deeply human attitudes together with responsibility for a credible scientific approach.

Informality, Agency and Social Cohesion. Realities and Impact of Housing Policies in Colombia.
Started in 2013

I consider informal housing the core aspect of urban informality itself. Those who dwell informally in low-income settlements or squat elsewhere in a city struggle to meet their needs, access services and entitlements or practice their rights. In my research, I emphasize the double-edged nature of answers to informality. I distinguish two dimensions of responses to informal housing and related insecurity and vulnerability, one inseparable from the other: (1) responses of the urban poor themselves and (2) policy responses. The first dimension implies a need for understanding the realities of people’s lives and their chances to cope with their vulnerability and insecure housing. The second one emphasizes that informal settlements are largely affected by housing policies, laws and systems at the global, national and regional levels. Both dimensions are equally important to this research and the further analysis. 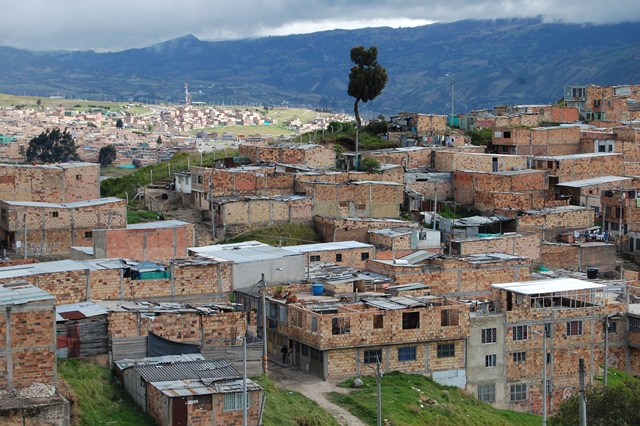 Challenges for Participatory Development in Informal Urban Settlements in India.
2009 – 2010

The research aimed to study preconditions for and implications of participation of residents in informal settlements in upgrading and improvement programmes in the fourth biggest Indian metropolis – Chennai. Challenges for participation were analysed with respect to outcomes of upgrading programmes in the study area. The main objective of the field research in Chennai was to assess threats and opportunities for participatory development. This book identifies some areas of possible difficulties for community participation in the context of informal housing. The analysis further provides an outline of recommendations to be taken into consideration in designing a programme or a project. 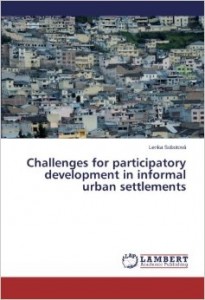