Cities all around the world present a complex of various livelihoods, interests, expectations, hopes and deprivations. There is a variety of different incomes groups. The most numerous are often groups of the poor and the most vulnerable inhabitants. The urban poor live wherever in a city to be as close as possible to their job places, water and infrastructure. They frequently do not have access to the public services and other necessary amenities for their lives.

The majority of global cities is shaped by informal settlements in any spatially free urban areas and the underestimated role of the informal settlements in forming city’s nature is significant. Unstable and insecure housing is clearly one of the most essential aspects of urban poverty. Based on the context, these settlements are largely affected by housing policies, laws and systems at the global, national and local level, if not a result of these policies. It is simply a public task to provide the poor an adequate supply of secure housing to decreasing their vulnerability. 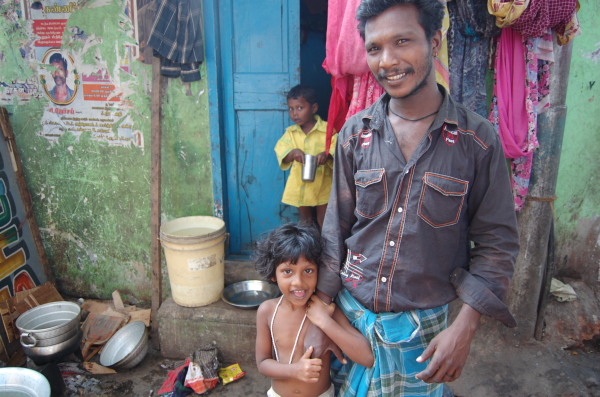 Vulnerability of the urban poor is often highly connected with their inaccessibility to legal status. Dwellers in informal settlements choose the way out of law, because they are not able to pay proper market price for a plot or a flat. Under these preconditions they live daily in informality. No accessibility to secure fundamental citizen rights makes pavement dwellers and residents of informal settlements the most risky group in a city. Security of housing presents the core assumption for the urban poor to find their way out of poverty.

From this point of view we perceive government and its bodies as the important actors in urban poverty alleviation. On the one side there are the existing laws and regulation to change, on the other side there are recent human settlements who have been coping with their uneasy housing situation everyday. If a government does not recognize dwellers in informal settlements as significant city builders, housing policies will be hardly effective and sustainable.